The entire exterior of the Century Building is of Georgia marble. By a judicious use of the three natural tints of this marble, the white, gray and amethyst, a remarkably beautiful effect is produced. The darker shades form the lower courses of stone, the lighter shades the middle courses and the lightest the topmost, so that, beginning with darker shades at the bottom, the building lightens naturally as the top is reached. This is rendered possible because the Georgia Marble Company’s three principal quarries, though furnishing a material essentially the same in microscopic structure, differ greatly in color. The Kenesaw marble is pure white; the stone from the Etowah quarry is tinted a faint shade of amethyst, and the Creole quarry produces a banded or gray color. In all three varieties there is a very high degree of solidity and polarity combined, which renders the stone capable of sustaining an enormous crushing strain as compared with any of the granular marbles, and also enables it to resist the action of the air perfectly.

The points of superiority in the Georgia marble, and which particularly recommended it for use in a building of such importance as the Century Building, are its great resistance to the absorption of moisture, its consequent freedom from disintegration and discoloration, and its great strength and durability. Repeated laboratory tests have proved that this stone can be made to absorb only from three to six one-hundredths of one per cent of moisture, which is the smallest absorption known to any building stone. This shows that this marble is almost absolutely non-porous; that it is absolutely proof against the action of frost, and that in a dusty and smoky city it will not absorb and be stained by dirty or sooty water, but can be readily washed clean. The strength of this marble is, at average test, 10,200 pounds per square inch, equivalent to 750 toils per square foot, which is about equal to that of granite, and greater than that of any other form of building stone. The general office and quarries of the Georgia Marble Company are at Tate, Pickens County, Georgia. Branch offices are maintained in Chicago and New York. 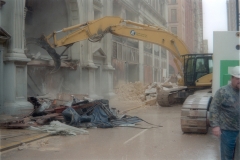 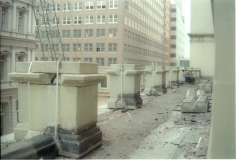 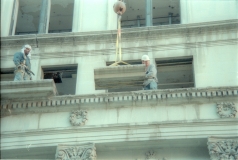 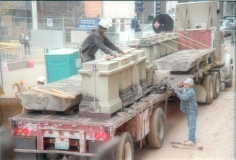 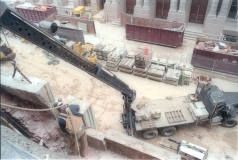 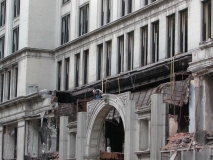 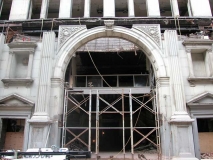 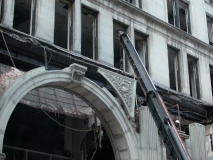 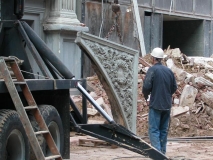 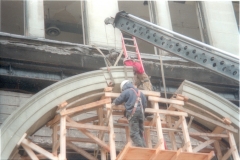 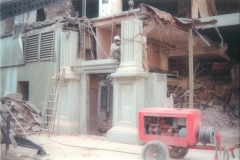 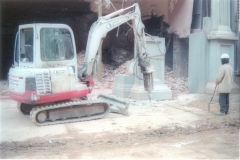